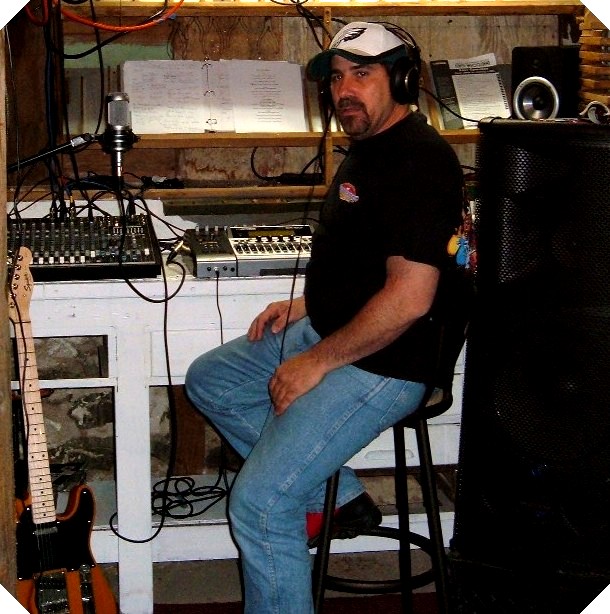 I am  officially a Production Company. I record demos for bands, singers/song writers and what ever I can actually. Of course I write, record and produce my own music too! I produced a song for Whendy Nellums  owner of "Heavenly Harmonics" it is an Astrological Birth Song called "Your Heavenly Harmonics" she invented and composed it,  and hopes to make millions with it.

If you click on Heavenly Harmonics it will take you to her website where you can learn about it, and purchase one for you, a friend, or loved one.

I got involved  with Port Jervis Deerpark Television, "Tri-23". In the past year 2007. I have run audio for a few shows, and have done the sponsorships, and the community events for the Bulletin Board we run. So I am into Audio and Video now.

2008 I became the President of the TV station.

DUE TO A HOSTILE TAKE OVER OF PJDPTV The EXECUTIVE BOARD AND MY SELF HAVE BEEN ILLEGALLY REPLACED.  HOPEFULLY THE TRUTH WILL PREVAIL AND THINGS WILL GO BACK TO NORMAL. I AM HOPEFUL NOT ONLY FOR MYSELF BUT ALSO THE OTHER EXECUTIVE MEMBERS THAT WERE MISTREATED AND SLANDERED.

SO IF YOU CHECK OUT THE CHANNEL NOT THAT MANY OF YOU DO, YOU WILL SEE THAT THE BULLETIN BOARD IS KIND OF PLAIN NOW. ONLY A FEW OF THE FILES (I MADE) ARE LEFT AND EVERYTHING IS GONE. ALL THE NON-COMMERCIAL MESSAGES HAVE BEEN REMOVED.
(NOW NO MONEY IS EARNED)
I hear things will now be better than ever but all I see is the same boring shows, poor lighting and illegal content. Unfortunately Whendy's show "Exploring Your World" is not on the channel for the time being but, we went one better, we still record the show every week and are showing it on Middletowns access station. seen by many more viewers.

HERE IS SOMETHING I WROTE TO SORT OF SUM THINGS UP.

I would hope that by now the ignorant see truth.

Nothing was messed with it it's all just a roost.

Trying to find ways to get rid of the good ones

The masters of puppets get a big boost.

You will learn I did nothing but be a big help

From all I want nothing, not even my self

What I have learned from all of this is…..

Satisfaction must come from within

Thank you for giving me the opportunity to learn

And That I did…but then I got burned

You give and forgive, but never forget

The people who hurt you only to win you can bet

With this short story I leave you in hope

One day you will see I tried only to help.

For evil to win you bury with lies……

Be sure to listen to my music and E-Mail Me

Come on let me know what you think !

'll be updating frequently, so please check back often.